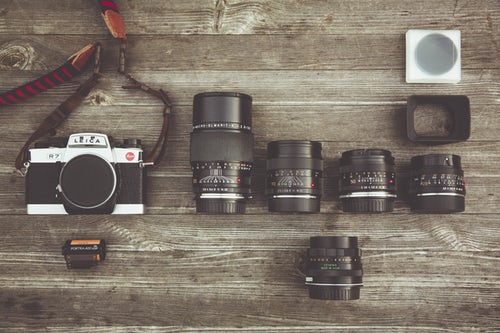 So earlier this week I had a mid-morning cuppa with a young lady, an American publisher, who also happens to be a writer. Had a good old chinwag about all things books, as only writers can do on a fine Tuesday morning, at Art Cafe.

(I’ve been dying to use this hilarious piece of Kenyanese. First came across it a few years back, when I fired one of our workers. Caught him filching some cash right under my nose. After I bade him tally-hoo he sent me a long, long SMS, a kind of non-apology apology. Half-denied, half-confessed his trespass, half-pleaded, half-commanded me to give him his job back. Then ended with “Nwei, I leave it to God.”

Took me some moments to get what he meant)

Anyway, as I introduced myself to my new friend Tuesday morning, she courteously asked how I’d prefer to be addressed – Paulie or Mugure?

“No really, which?” she insisted.

She’s lived in this part of the globe most of her life, so she has a sensitivity towards the “foreign” versus “home” name dynamic.

So I explained that I really didn’t mind which. Both are special. “Mugure” I got from my Mum’s Mum, and “Paulie”, well, that’s a very special story.

Paulie is my pen name, revealed to me by the Lord a few years back, when He called me to write.

It was a very special time in my life, that period, when the Lord was drawing me to my purpose.

He showed me my new identity, instructed me on my assignment – even the length of my first article – 400 words about faith.

I remember wondering how 400 words would look on a blog – half a page, two pages, what??

But I’ll never forget that first article. It bestowed on me my fresh new title – “Writer.”

I knew I would need some photography, of course, for my new job, so I looked up and found a suitably talented photographer.

Turned out he was very highly sought after, and fully booked for the next few days, but he agreed to slot me in at the earliest, a Saturday morning three weeks hence.

And in the next few days, as I prepared for the shoot, I nervously wondered what I might wear. My wardrobe was not overly well-endowed, you see, but I did have one or two nice-ish suits I thought might do the job.

But the Lord had something to say:

“Wear the orange suit,” He instructed.

It was a smart-casual one that had recently found its way into my wardrobe. It was not extraordinarily stylish or anything, so I wondered why this one in particular.

But I made a note to wear it on the big day.

And at last, as the shoot drew closer, I called Ruhiu to finalize last minute details.

“Come early,” he said. “It will take all day. Oh and remember to carry three changes of clothes.”

My plan had been to show up in the orange one and get on with it.

I wondered for a moment if I’d heard the Lord right, but then I figured He might be busy with other matters of monumental importance, so I packed the orange outfit and two others, and went.

Ruhiu turned out to be a warm, pleasant artistic man, with the obligatory dreadlocks reaching way down his back.

His studio was a small but well-appointed apartment, decked out in all the necessary tools of his trade. Cameras, lights, all sorts of props, and knick-knacks accidentally left behind by previous clients. Like the costume jewelry he later lent me to brighten up my look, I suspect.

“Let me see what you’ve brought,” he said, after warm introductions and a brief tour.

A knee-length denim dress, black, a smartly-belted balloon dress in polka dots, one of my favorites, and of course the orange suit, were what was in my bag.

Ruhiu, a consummate artist, picked and examined each of them closely, one by one, while studying my profile. I couldn’t help but wonder how my sense of style, or unfortunate lack thereof, was measuring up.

“Let’s start with the denim,” he said finally, fishing out a hat from his stash of knick-knacks. Creamish In colour, styled in felt and very nice.

Then at the end of three hours, a brief break, set up more props, change of clothes.

So I picked my orange suit, went to the little room and changed.

Six hours is a long, long time to pose, smile and turn this way and that, Brethren.

And by the time we completed the shoot, Ruhiu and I were practically the best of friends.

“You know what, we have enough shots,” he said, “no need for the polka dots.”

I was glad to be through, but slightly disappointed not to wear my polka dots.

But when Ruhiu sent the prints about a week later, Brethren, I was very pleasantly surprised by the images I saw. The denim-clad girl looked great, yes, but the orange..

Someone somewhere had known exactly what was needed. And the orange-clad girl became the signature image for this fresh new writer.