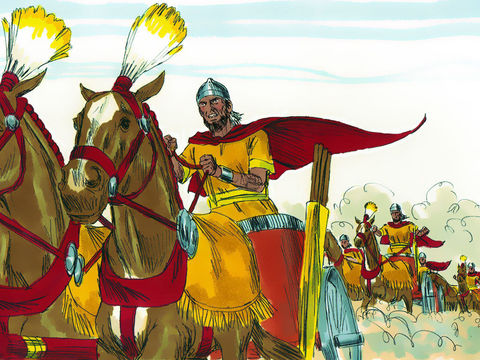 Posted at 16:43h in A Glance at the Bible by Paulie 4 Comments
0 Likes

FROM THE BOOK “KINGS”.

Kingdom of Israel, Circa 884 BCE

Zimri, commander of King Elah’s chariots (half of them), is a crafty man.

And he has a plan.

He has been mulling it for some time, biding his time, awaiting the perfect moment.

He desires to be king.

He is determined to rule over the entire kingdom – not just a few hundred chariots. This is not what he was made for. He’s a great man, he believes, a ruler worth much more credit than he’s receiving.

So, like others before him, he bides his time.

No hurry. Things like this call for patience. And nerves of steel.

Then one sleepy afternoon Elah, the king, leaves his palace. He makes his way to the house of Arza, his steward, for a day of merriment. There’s not much to do anyhow, seeing as the king’s men are away, fighting those pesky Philistines again.

So he invites himself to Arza’s mansion, gets comfortable and orders a pitcher or two.

Might as well enjoy, he thinks, while awaiting that report from the battlefield.

Meanwhile, clever Zimri beholds his chance. It’s now or never; the generals are away, the land unsecured, and the king is, well, drunk.

He calls his men, co-conspirators in his plan; he’s prepared them well for this moment. Nobody wants to tend chariots all their lives, after all. There’s grander things to be seized, if one has the gumption.

They make their way to Arza’s house.

Getting through the outer gates is easy – no-one dares stop them. Zimri is well-known to most of the guards after all, as the commander of chariots. Half of them, that is. See, he’s even come with a good number of them – for an important meeting with the king, no doubt.

The guards can’t help but salute him and his retinue, as they ride through. Commander Zimri looks almost like a king today, they say, in all his finery.

He gives them a cordial but stately nod.

This is going well.

At the entrance to Arza’s mansion, Zimri strides past another set of guards and up the four stairs that open into his courts.

He finds Arza entertaining the king. There he is, seated on a low seat, his sandals off, his face flushed with merriment.

“Ah Zimri, my friend,” King Elah says, slurring somewhat. “Come right in! What can I do for you this evening?”

“Give this good man a drink,” the king slurs.

Arza the steward gets up and beckons his servant.

But before he can say “Give..,” Zimri rushes forward and with lightening speed executes his plan.

But not Zimri. He’s been awaiting this moment all his life.

He sprints to the door and beckons his accomplices in.

And in no time at all, Zimri engages part two and installs himself king.

He then searches throughout the kingdom, and dispatches King Elah’s family to their violent demise, thus bringing an abrupt end to the erstwhile House of Baasha.

Great things come to those who wait, he reckons.

But he has not considered one small matter.

For the last twenty-six years the people of Israel have lived under the rule of the House of Baasha, the most recent of whom has just been murdered by a minor official.

So the news quickly finds its way to Gibbethon, where the army is engaging the Philistines in battle.

“Zimri commander of the chariots (half of them), has murdered the king. In cold blood, right inside Arza’s court.”

The people are livid.

What on earth possessed him to so arrogantly presume their allegiance?

They immediately install Omri, the commander of the Army, as king of Israel. Right there in the camp, at Gibbethon of the Philistines.

He rushes back to Tirzah, the capital, the throne on his mind. No way is it going to be usurped by Zimri, a mere commander of half the chariots.

Plus, though he won’t admit it, he’s thrilled by this sudden development.

Who sleeps a commander and wakes up a king?

It must be the gods.

So he rides resolutely to Tirzah. The throne will be his, by god.

I mean, the throne will be the great people of Israel’s, by god.

He arrives at Tirzah, lays siege to the city and prepares to wrest the throne from Zimri.

But the Usurper hears news of Omri’s arrival, and rushes to the late king’s official palace. He knows only too well the fate that awaits him, having been executor of such a fate himself.

He quickly barricades himself inside. No way he’s coming out. He’d rather die a king, he swears, than be impaled at the city gates for all to see.

He grabs a flaming torch from the departed king’s hearth, and moves swiftly throughout the palace, torching everything in sight. Wooden doors, soft furnishings, silk tapestry, everything.

Soon, the entire palace is a raging ball of fire.

And, regretfully, King Zimri is no more.

Seven days is all he managed.

Seven days, as the fifth king of the Northern Kingdom of Israel.

Hi Everyone! I’m glad to inform you that my new book “KINGS: A FASCINATING LOOK AT THE RULERS OF ANCIENT ISRAEL” will be released on Thursday, 31st October 2019!

Thank you for your support!