On the Palms of His Hands.. 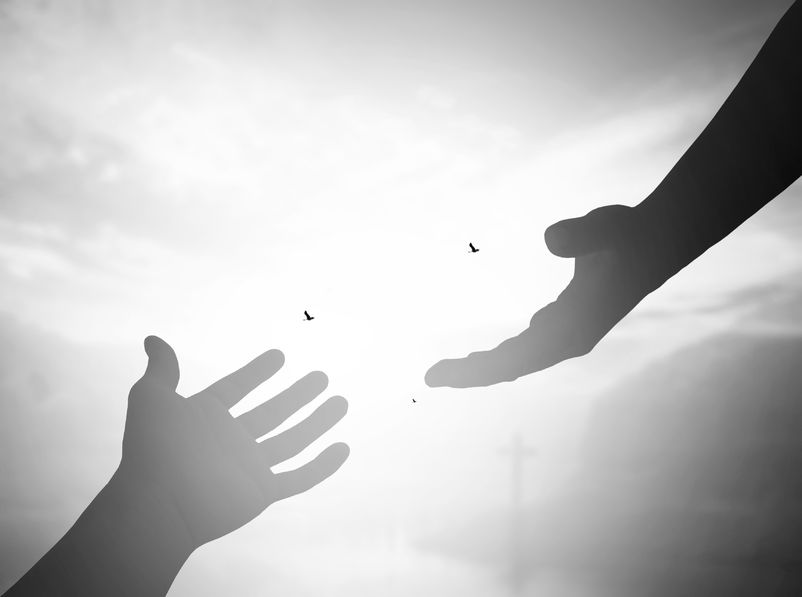 I’m not much of an artist.

Fact is, I have not one artistic bone in my body.

But, attending a church conference a few years ago, I felt unusually drawn to a lively discussion on Christian artists.

The speaker was a good friend of mine, and I had a wonderful time listening to him talk about God’s purpose for the various artistic gifts, especially music which, it turned out, was for more than just mere entertainment.

So I took time to write notes, which I rarely do, and then tucked them safely away for later.

Come Monday morning, I was back at my desk and at my usual routine by 9am. But try as I might, I just couldn’t concentrate on anything. My mind kept straying back to the conference and I felt strongly compelled to read my notes.

But Monday is for work, not conference notes!

So I put aside that still small voice, slugged back a strong cup of hot, black coffee and charged on. But nothing. I just couldn’t keep any kind of focus.

I stood up and took a stroll.

Bound the demon of fuzzy minds.

Cast him into the deepest part of the sea. Admonished him never to return, in a suitably commanding voice.

But it turned out it wasn’t the devil’s fault. For when I finally submitted to the Holy Spirit and began reading my conference notes, He led me straight to this verse:

“Kenaniah the head Levite was in charge of the singing; that was his responsibility because he was skillful at it.” (1 Chronicles 15:22)

And the Spirit at last revealed what my husband and I had been waiting for, for a number of months.

And so it was, Brethren. The Lord’s chosen name for our little boy and, I believe, the very purpose for his life.

And I began asking myself: when – exactly – does life begin?

When did the lives of my children begin?

At what point, for example, did the Lord know what name He was going to give my son? Was it when he was a teeny-weeny egg, just fertilized? When he was an embryo, the size of a pea? Or after a few weeks, when he had tiny little arms and feet?

I know what the Word says, but does it really mean it, when it says He knew my son before he was in the womb? And when did He breathe life into him? At what point, exactly, did He add my little boy’s soul and spirit to his being?

So at what point, I’ve been wondering, can a mother have an abortion, and know for sure that she is not taking away a precious, God-breathed life?

No scientist on earth can give me the answer, I know.

So I guess I will choose to believe the word of God.

Behold, I have inscribed you on the palms of My hands..

(This is the first article on a brief series on abortion)